Fairly surprised that VS Code is so widely used compared to IntelliJ. 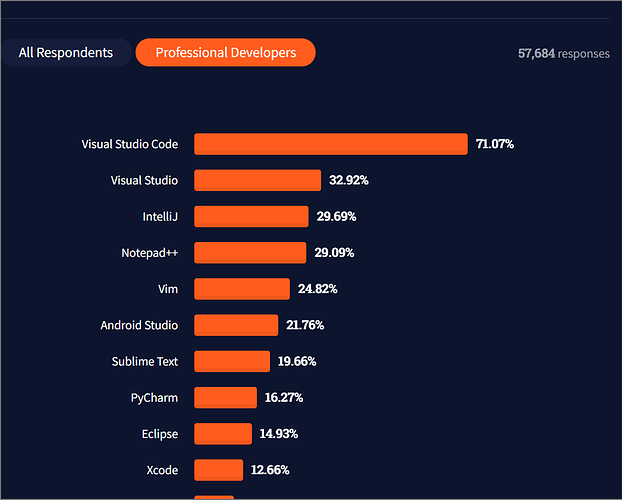 Only 13% use Xcode??? Man, if Apple didn’t force people to use Xcode to make MacOS and iOS apps, would anyone really use it?

Xcode is generally disliked, but how do you really avoid using it?

Findings from the Q2 2022 user survey. Written by JaYoung Lee and Ander Dobo.

Flutter supports VS Code and Android Studio. Integrates features into plugins for these two IDEs for Flutter app development. 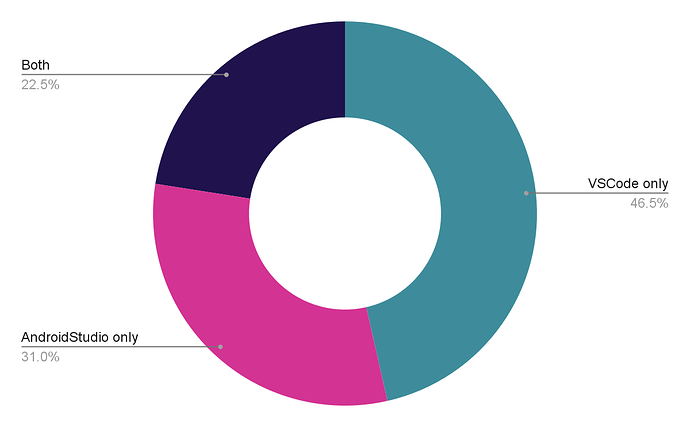 it’s interesting to see how the community moved from sublime to atom to VS Code.

I remember when everyone was using sublime. Sublime is $99 now.

I sometimes have problems with VS Code on Ubuntu 22.04 with Wayland. Although I use it as my main editor, I do think that the architectural choice of using Electron to build it may expose performance problems with VS Code in the future especially with all these features like embedded image previews within the editor.

It’s definitely faster than Android Studio in most of my use cases.

However, when using VS Code with the the larger 6.7K and 11K images in an array for the TSD modified challenge, the editor did slow down to be almost unusable.