I just got back from Fry’s in Palo Alto after buying some gear to start hacking on my Renesas Synergy SK-S7G2. Although you probably don’t need all this gear, I’m a PC hardware enthusiast and plan to build a Windows 7 beast to run e2 studio. I was previously running my tests on my daughter’s rig Rainbow Unicorn, a 12 core Xeon build.

Some of the gear was in an old parts bin at my office for hacking on PIC microcontrollers and the GPIO pins of the Raspberry Pi. I haven’t hacked on something as professional as the Renesas kit and am excited to dig in.

Although any computer will do, I intend to build a triple-boot machine based on a heavily overclocked Pentium G3258 and may upgrade to a Xeon E3-1231v3. The RM 750x is overkill and too expensive, but I wanted rock solid power supply for overclocking. 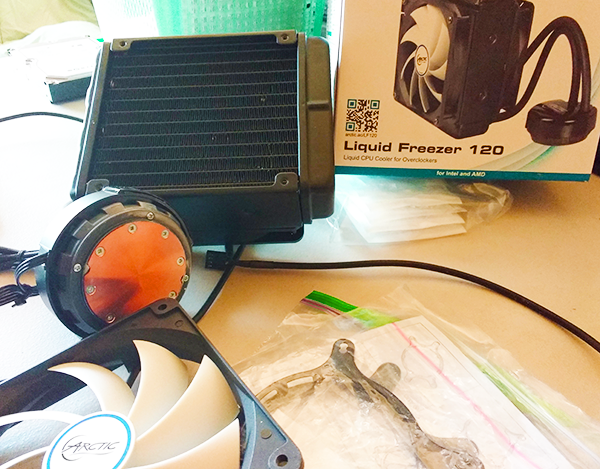 Preparing a watercooling system for my Windows 7 machine Synergy Cube that will be used to program the Renesas Synergy SK-S7G2. The Intel CPU has a clock multiplier. As the multiplier is raised, the system becomes unstable. To increase stability, the CPU core voltage is increased beyond spec. This increases CPU temps. To keep things cool, I intend to put a waterblock and radiator on the CPU.

In the future, would love to see if I can overclock the ARM processor on the Synergy board. 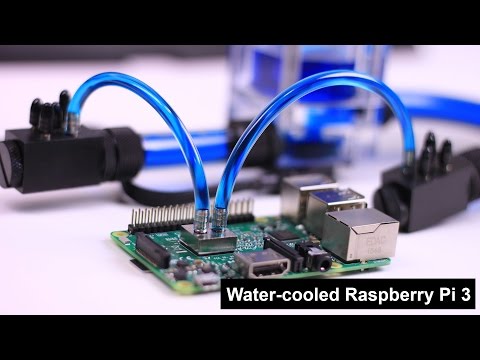 If you mod your Synergy board, would love to see a pict! 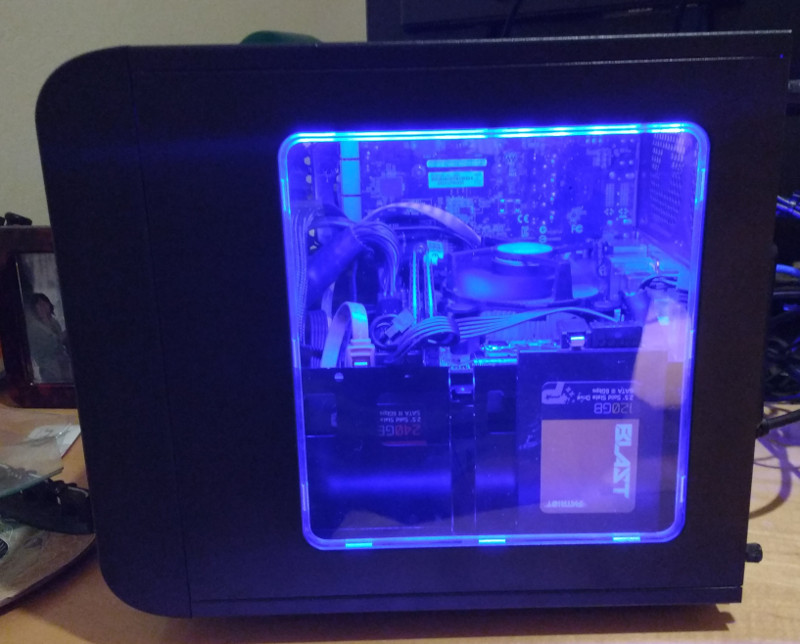 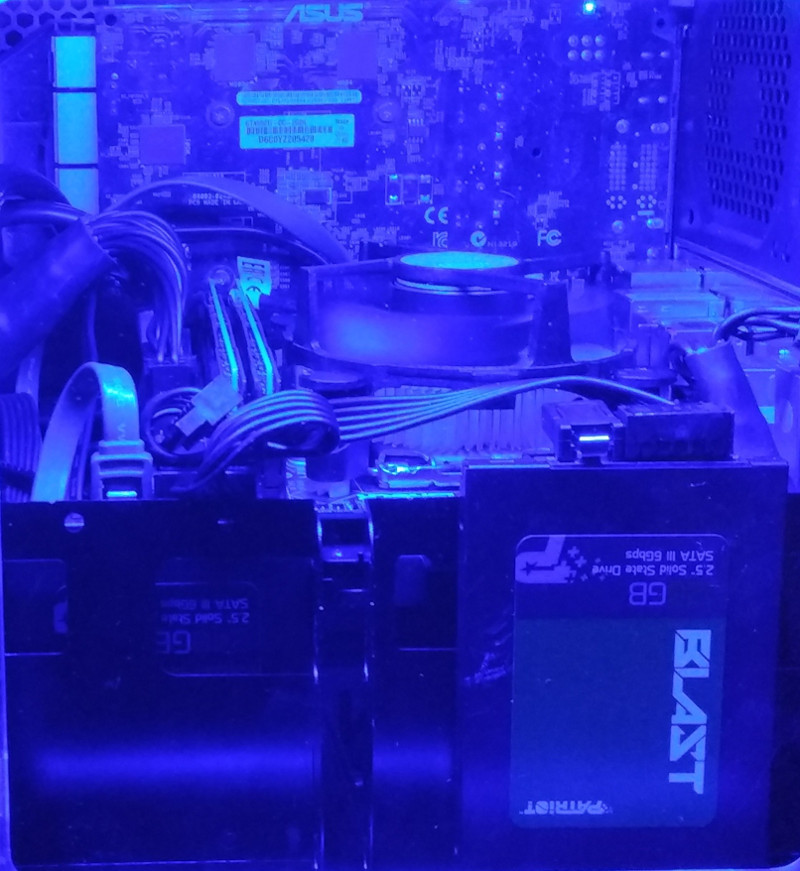 If you haven’t used Corsair RMx power supplies, the packaging and entire experience of using these enthusiast power supplies is top notch. It’s like unboxing a watch. The cables and unit have nice cases. 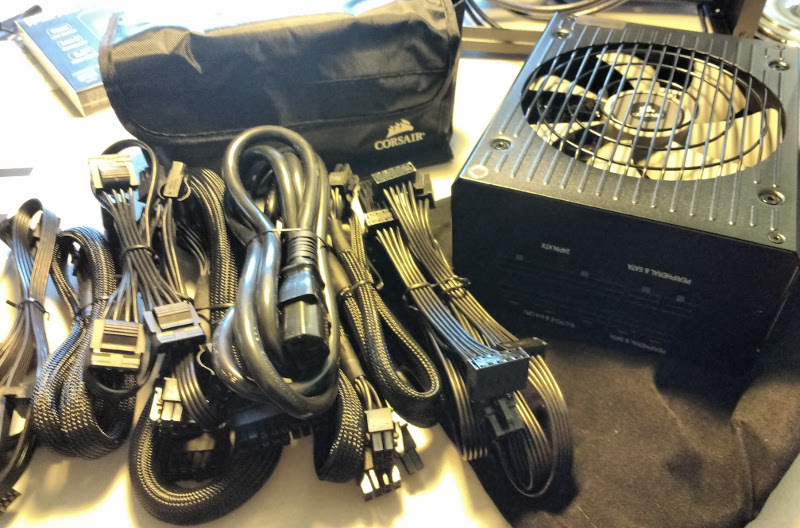 Mounting in my Thermaltake Core v1 case was straightforward. For an mini-ITX case, the TT Core v1 has lots of room. 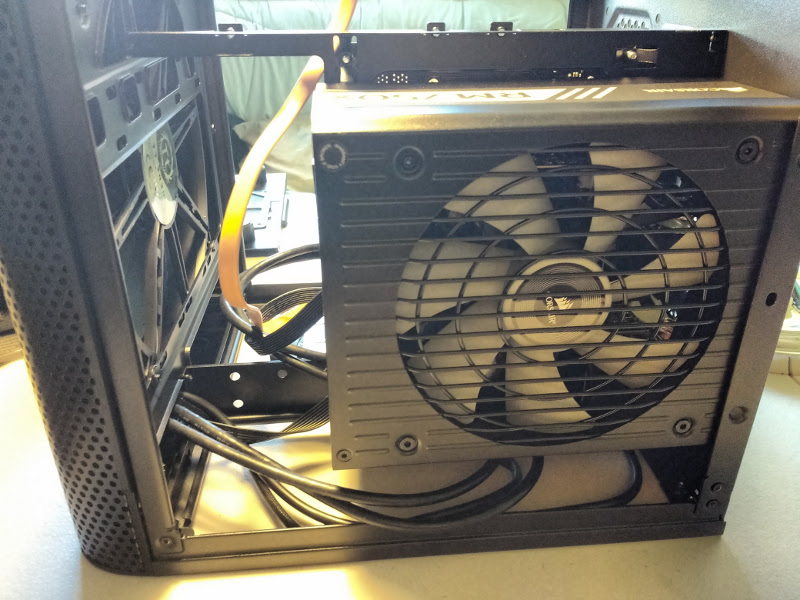 I’m updating this blog post on Linux right now. I’ve set a mild overclock from 3.2GHz to 4.1GHz. The clock will cycle down when the system is not under load. In graphic below, I have the system under 100% load using the Linux CPU stress tester. 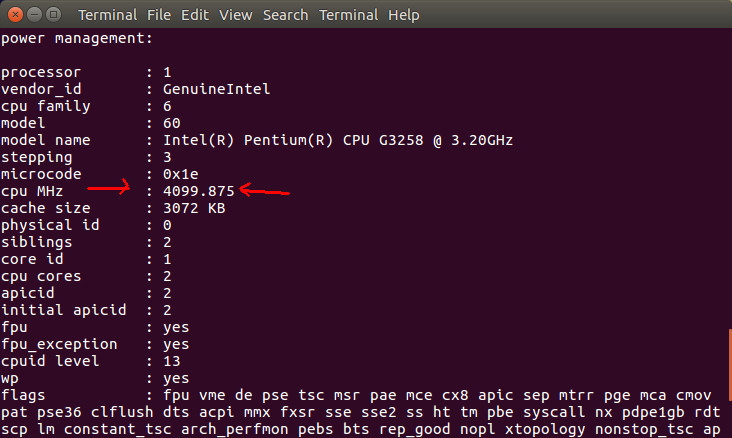 At this minor level of overclock, I am using stock CPU core voltage and air cooling. 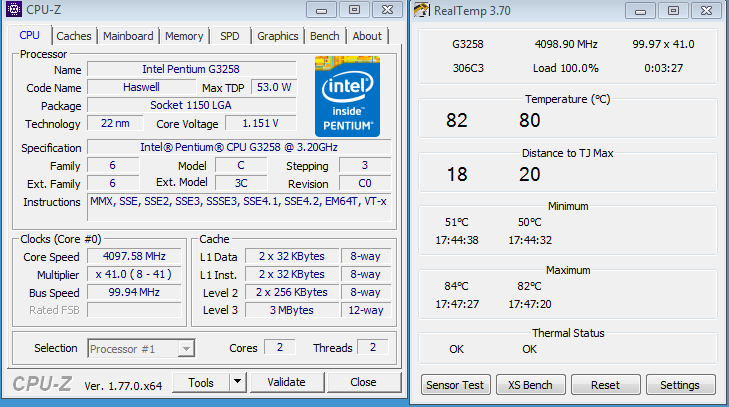 Installed Windows 7. Tried an overclock of 4.2Ghz and had to bring the clock multiplier back down to 41 (4.1Ghz). Using Prime95 for memory and CPU stress test. Will need to increase Core Voltage to get any higher. Temperatures are too high and I’ll need to go to watercooling to get any higher.

I’m going to leave it at 4.1Ghz for now and move on to e2 studio testing.

Everything works fine on Windows 7. The Debug was was launched automatically and Blinky was loaded. It’s up and running. 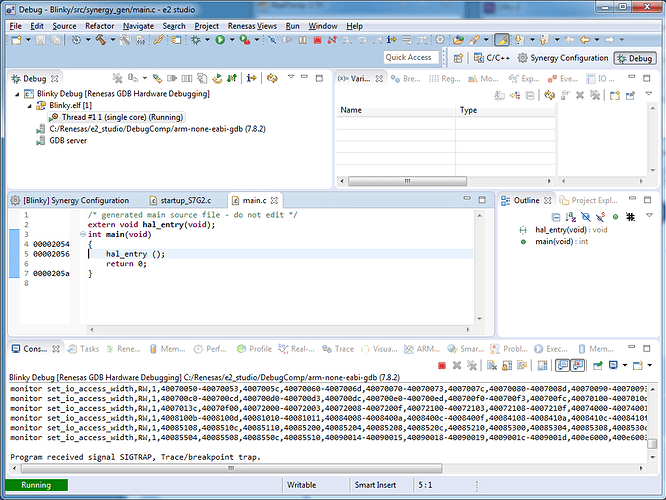 If you’re having problems with Windows 10 Anniversary Edition, consider giving Windows 7 a try.

After I got e2 Synergy working properly with debug, I decided to increase the core voltage of my workstation CPU and got an additional 100Mhz bump in speed, now running at 4.2GHz. 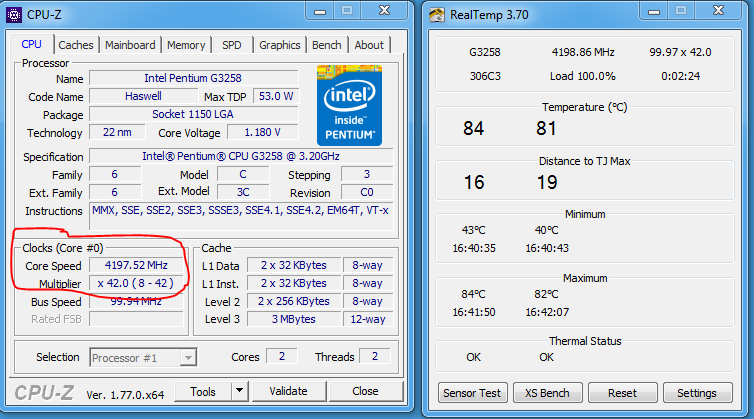 I decided not to install the watercooler and ordered a Cooler Master TX3 air cooler due to aesthetics. With the blue LED lighting, the watercooler isn’t as dramatic. I ordered this unit below from Amazon for $18.80. 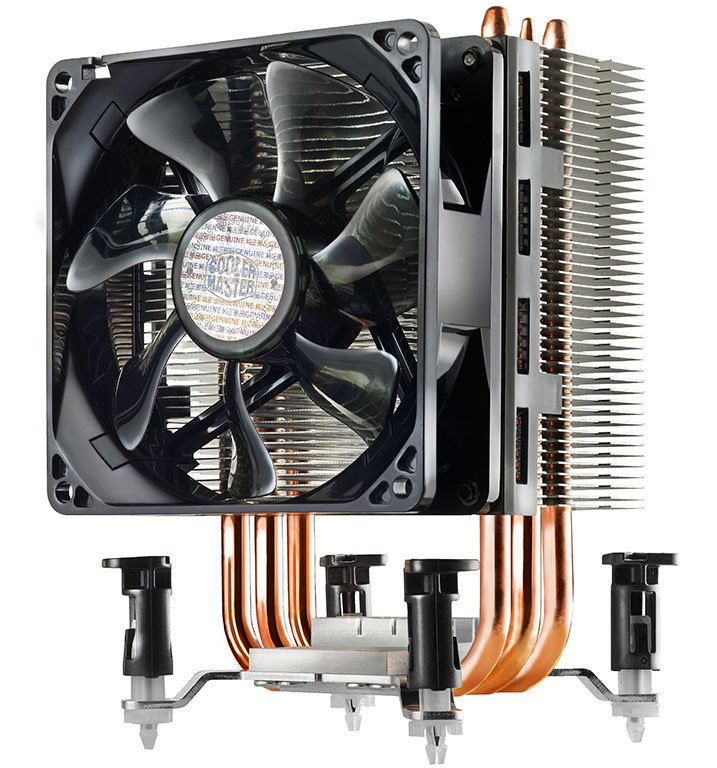 Again, no reason to overclock the CPU other than a challenge.